Zachary and his cousin had a waiver day on Friday, so we decided to take them on an “easy” hike–at least “easy” is a term one website used!  As you can see, from the get-go, the hike was quite steep.  They even had ropes to help you climb!

Seriously, this picture is from the START of the hike!  Soon after this photo was taken, we passed a man who had completed the hike.  His face was a bit sunburnt and covered in sweat; towel drenched.  He was huffing and puffing, and couldn’t quite catch his breath.  My sister-in-law and I saw him and dreaded what was to come.  But right after him, was a dainty woman in a long dress, waltzing down the mountain, like it was nothing.  We decided right there that we would look like her after the hike.

After a few miles (disclosure: I’m really bad at measurements, it really could have only been a few feet) we got a peek at this amazing view. 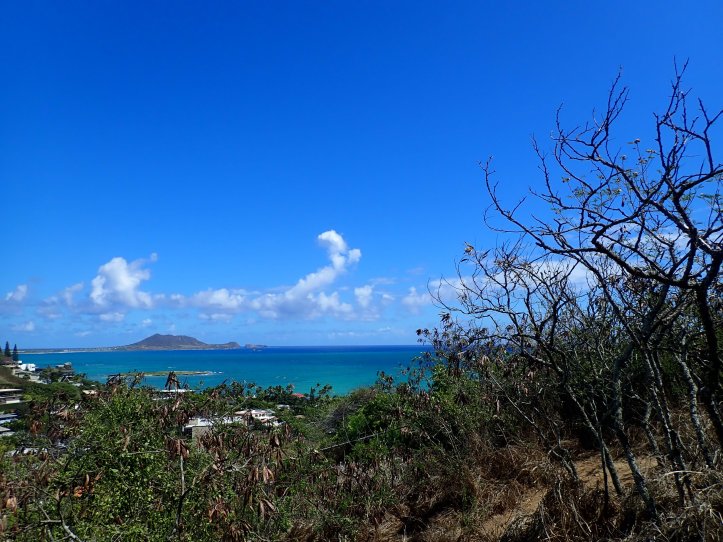 Pretty cool.  But we were determined to get to the pillbox, so on we trekked. 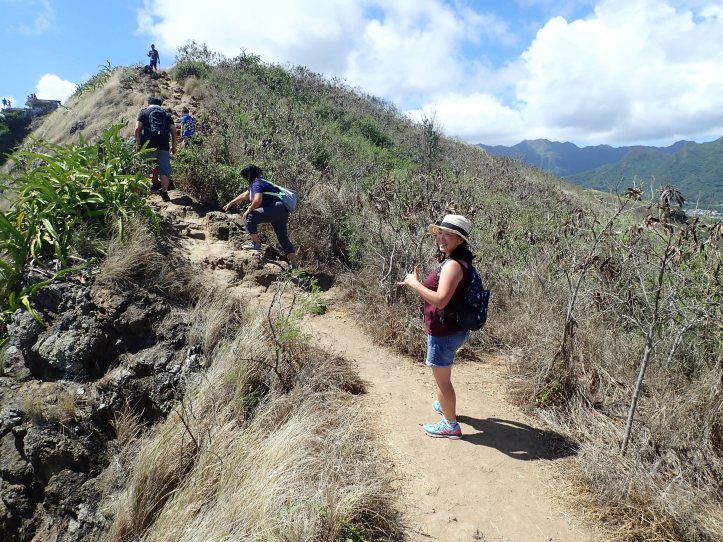 And there it was after 5 hours of hiking, (disclosure: I’m really bad at judging the passage of time, too) the pillbox! 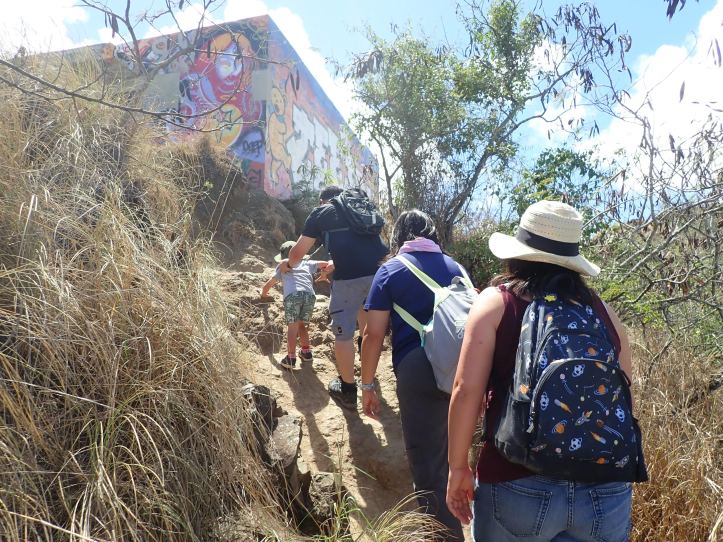 We were rewarded with incredible views. 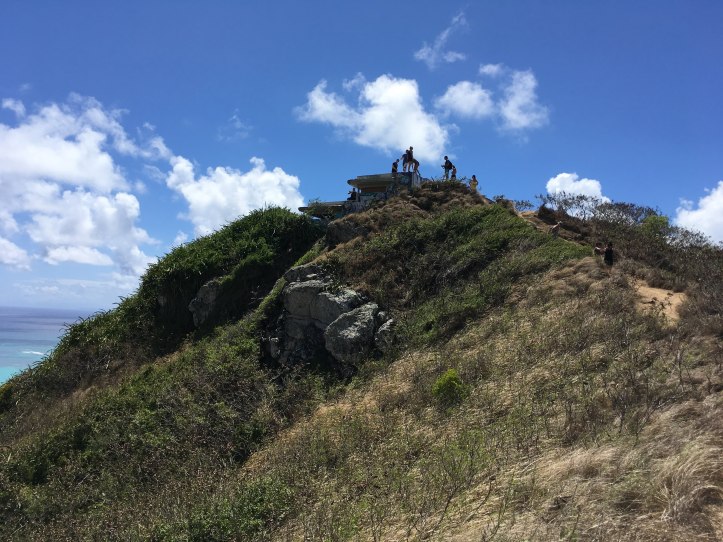 “Let’s go to that one!” they exclaimed.  It didn’t look that far away, so the unknowing adults agreed to continue hiking…in 109º F weather (disclosure: You should know what my disclosures cover by now).

This second one wasn’t as crowded, so we hopped in to escape the heat.

Then it was time for the descent.  Remember how steep it was going up?  It’s just as steep going down (duh), but it’s harder because it’s easy to lose your footing…

Which my sister-in-law found out all too well…

But we survived and were all smiles at the end of the hike.

In rating this hike, I would say it’s “rocky” and “not easy”, but it’s a must-do on Oahu with those breathtaking views of Lanikai.